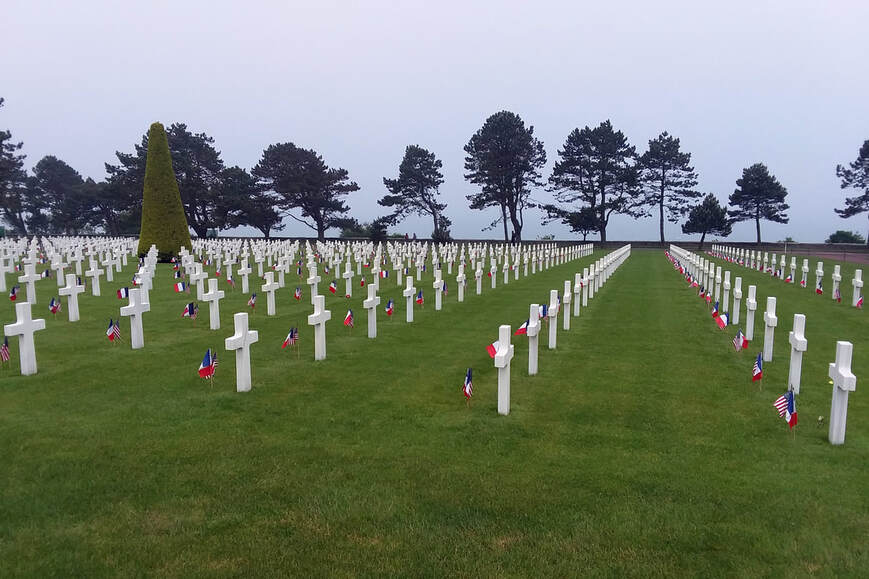 Normandy American Cemetery and Memorial.
TIPS:
It's easy to do some of the tours yourself by taking the train and renting a car from Caen instead of driving from Paris. Most tours start very early and the train does not get into the Normandy area until about 9 am at the earliest. If you only have a day here, arrive the night before. There are many unique tours that require a full day starting at 7 am. Soon I will post a tour where you can have lunch at a tavern replicated to the WWII period.